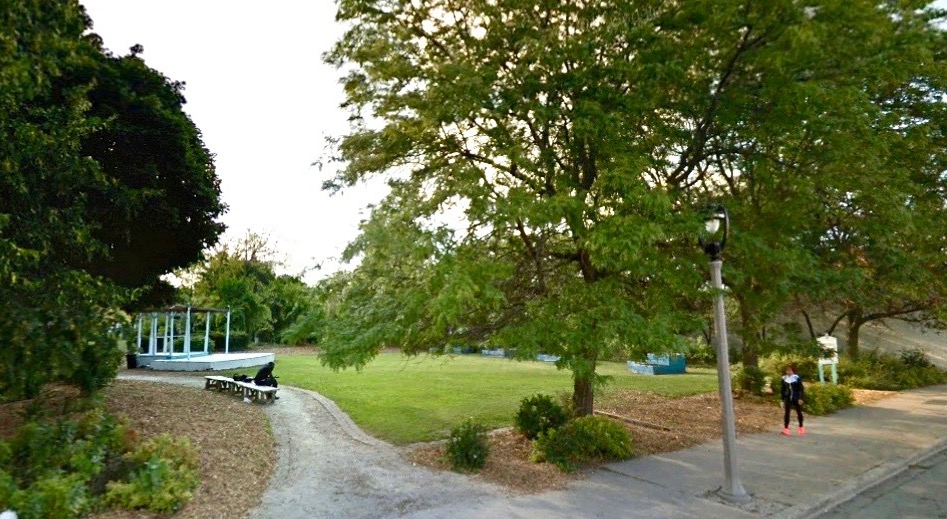 The Furniture Society will be building a bench for the city of Milwaukee's Victory over Violence park! Join in on the fun of creating this bench, designed by Award of Distinction recipient Tom Loeser, at any point during the conference. It's a chance to get hands-on in the shop with friends, and all for a greater good.

The Furniture Society has partnered with two local organizations: HOME GR/OWN an initiative working to transform neighborhoods in Milwaukee, and the Milwaukee Art Museum (MAM) Teen Internship Program, connecting teens with practicing artists to address issues important to their community. During the span of the conference, attendees will use unique and surprising materials to construct benches designed by Madison, Wisconsin artist, Tom Loeser, for the Victory Over Violence park. Along with Heather McCalla and Heath Matysek-Snyder, local Milwaukee artist Christopher Brooks will help facilitate the construction of the project during the conference. Work begun during the conference will continue to be worked on by teens in the MAM program, completing the bench build-out and developing engaging signage describing the process and impact this project has on the park. The benches will be installed in time for the Bronzeville week celebrations in early August (3rd-10th).

Craft for a Greater Good

The Furniture Society (TFS) is proud to launch “Craft for a Greater Good” project (CGG). This initiative, leveraging the energy of the conference and its 200-250 attendees, invites the conference community comprised of makers, designers, educators, collectors, students, and enthusiasts from across the country and abroad, to activate themselves in the studio during our conference, to co-create public works that will become an exciting - and useful - part of the Milwaukee community this year, and repeated in future years always responding to need within our host communities.

Victory Over Violence Park is well known throughout Milwaukee. For years, the site was a vacant lot, and had become one of the most dangerous and violent areas of the central city where multiple shootings, muggings, and assaults were reports. Almost 20 years ago, Charles Hausmann, Linder Law LLC, and Jeanetta Robinson, Career Youth Development, came together to transform the space into a gathering place for community members. Although much of the work was completed in the 1990’s, the space continues to require care, attention, and maintenance. This iteration of the VoV park restoration is focused on creating engaging places for neighbors to spend time outdoors.

“Our current project partners include the MLK Drive Business Improvement District, Groundwork MKE, Bader Foundation, MSOE, WestCare, Safe & Sound, Alderwoman Coggs, Walnut Way and the family of Jeanetta Robinson, among others. The park was very overgrown and last year we did a lot of editing with Groundwork MKE’s Green Team – a link to a video about the project is here. We plan on removing trees, adding better lighting, redoing the extensive paths with asphalt (for handicapped use), and adding new seating, among other things.” -Tim McCollow

The Milwaukee Art Museum Teen Internship Program addresses the issue of access to high-level arts education programs and a connection to cultural institutions by offering a summer internship for 18, 16-18 year old students in an environment uniquely suited to their goals. Internships at MAM expand teens' career horizons while empowering them to recognize their strengths, follow their passion, and leverage a large cultural platform to engage their community and express their artistic voice in a meaningful way.

2019 Summer interns’ creative journeys will be by inspired by MAM’s feature exhibitions and a local issue they feel is important to address in their community. Under the direction of Shannon Molter, teens will work with contemporary artists (including Raoul Deal, James Nares, Tom Loeser, and Charles Radtke) to create public artwork; educate children; and execute public events to connect their peers and families.

Tom Loeser has been head of the wood/furniture area at UW-Madison since 1991. He holds a BA from Haverford College, a BFA from Boston University’s Program in Artisanry and an MFA from the University of Massachusetts Dartmouth. Loeser designs and builds one-of-a-kind functional and dysfunctional objects that are often carved and painted and always based on the history of design and object-making as a starting point for developing new form and meaning. He has received four Visual Artist Fellowship Grants from the National Endowment for the Arts. In 1993 he spent 6 months in Japan on an NEA Creative Artist Exchange Fellowship. In 2003 he spent 6 months teaching and researching in London. In 2010 he collaborated with his wife, Bird Ross, on the design and fabrication of the highly kid-friendly, very interactive, and not at all traditional reception desk for the new Madison Children’s Museum. In 2012 Loeser worked with willow furniture maker Dave Chapman and built three large willow and steel pod forms that are permanently installed reading retreats in the children’s section of the new downtown public library in Madison, WI. He collaborated again with Bird Ross on the Stoop Project as part of the 2013 Wisconsin Triennial at the Madison Museum of Contemporary Art. The Stoop Project is based on the interactive and community building nature of stoop culture and offered an unusual version of public seating in the lobby area of the museum. Loeser will receive the coveted Award of Distinction from The Furniture Society during an event on Saturday, June 22, 2019.